Billed as showing 'the best of eco and ethical jewellery from Queensland and California'. 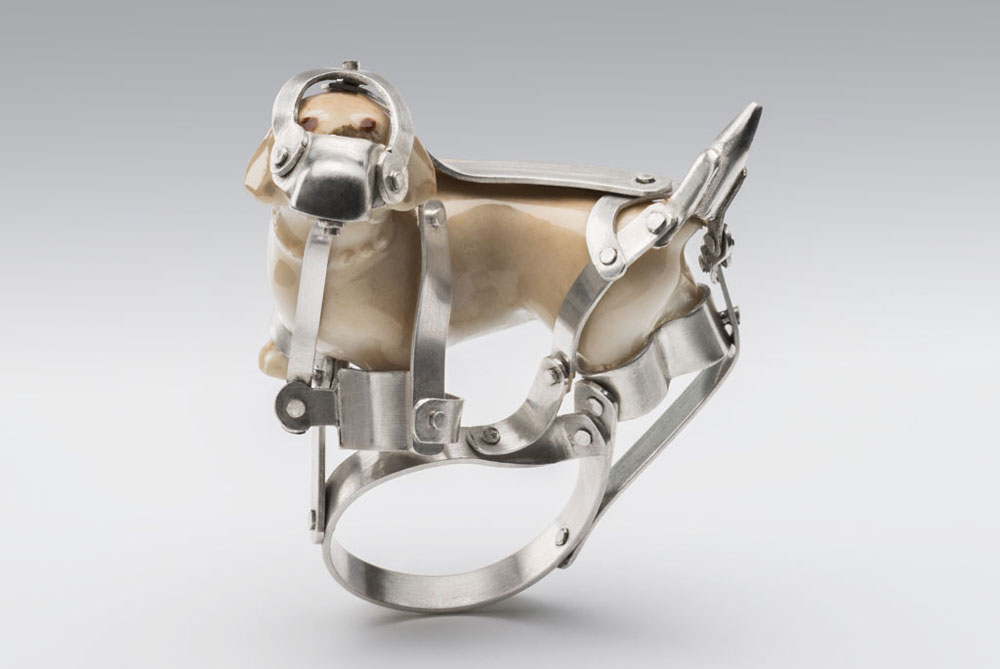 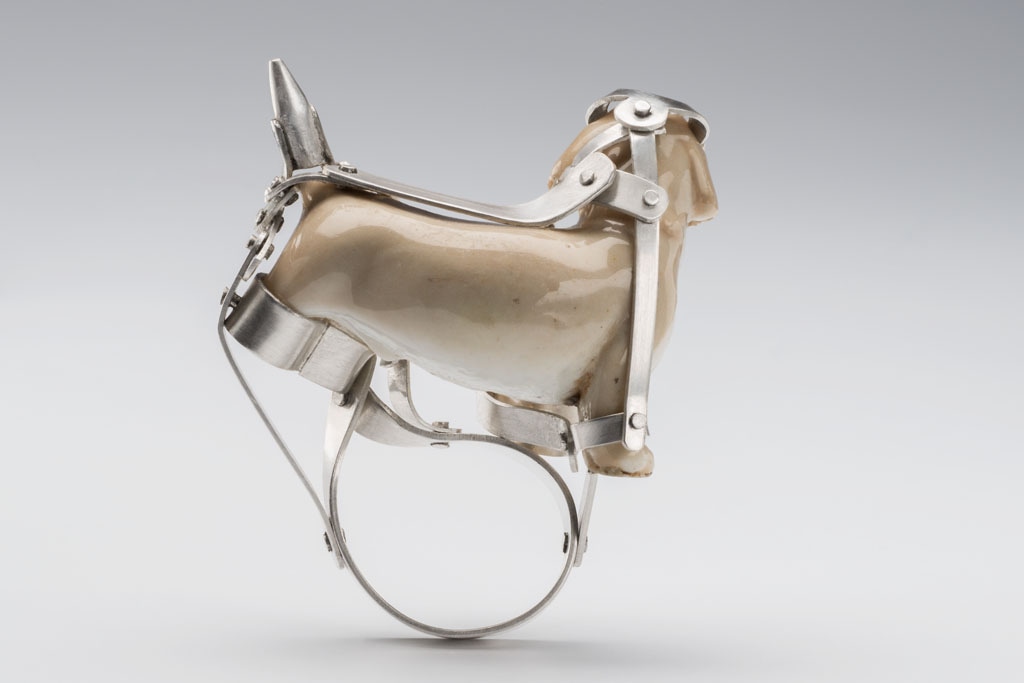 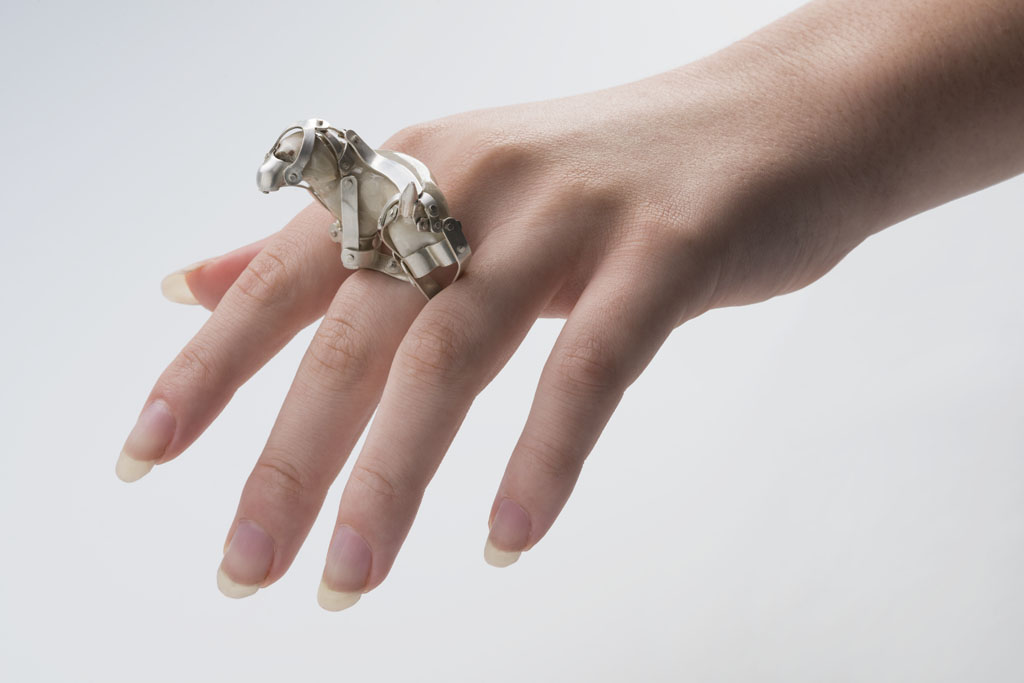 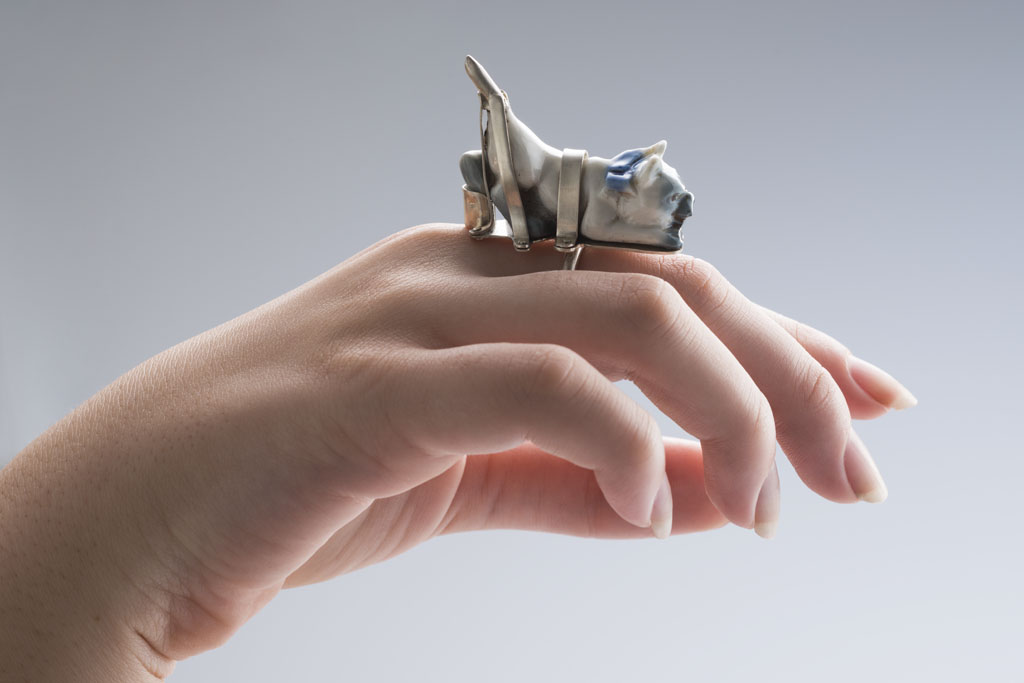 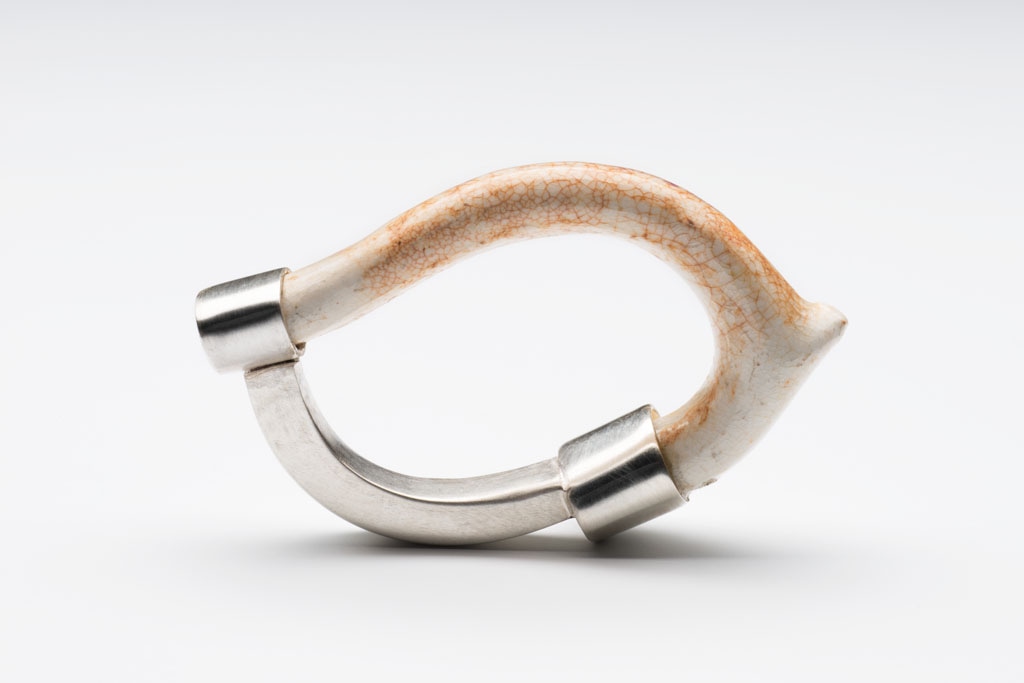 Fixed Handle, broken ceramic, reused and recycled sterling silver. Image: Michelle Bowden.
For Greensmith, I repaired broken ceramics and gave them a new purpose by transforming them into rings. The once valued ceramics included my mother's childhood dog and cat ornaments and a handle found while digging a garden. With repairs the objects are given new life able to tell new stories, while adding comment on the fickle relationship we have with consumer objects.

The exhibition was reflective of the growing awareness of the social and environmental degradation caused by jewellery production. In recent years groups such as Ethical Metalsmiths and Fair Jewelry Action as well as individual jewellers have sought to promote ethical principles in jewellery production.
​
The exhibition addressed issues involved in ethical material selection, production techniques, design principles and the conceptual development of environmentally conscious ideas.

This exhibition was an initiative developed in partnership between the Jewellers & Metalsmiths Group of Queensland (JMGQ) and Metal Arts Guild - San Francisco. It opened first at Artisan Brisbane in July 2014. The toured to Abrams Claghorn Gallery, California in January 2016.
artisan.org.au           abramsclaghorn.com           jmgq.com.au         ethicalmetalsmiths.org